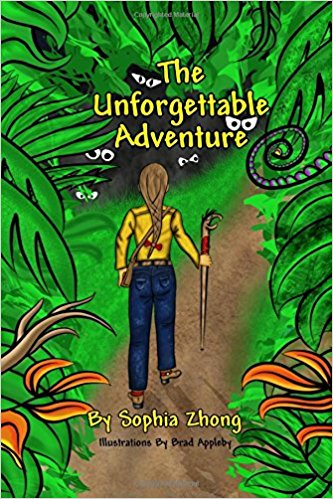 Alicia is looking forward to a relaxing summer vacation with her parents. But within the first few days, she realizes her vacation is going to be anything but that. Alicia is spending her vacation in the Amazon Rainforest in Brazil. On her second day there, she visits the Amazon Museum. As she strolls through the exhibits, a ghost suddenly appears to her. He warns her of an impending attack on the Amazon Zoo, where Alicia’s father works, and tells her she must prevent it.

Alicia’s parents are skeptical when she tells them about her encounter. They convince her that the meeting was a product of her imagination, and she believes them… until the ghost appears to her again. When Alicia tries to spread the word, everyone thinks her story is far-fetched. After all, she’s describing an attack on the zoo by “fictional” characters from Greek mythology. Even more unbelievable, she heard the warning from a ghost, and everyone knows ghosts don’t exist! Will Alicia be able to protect her father, save the zoo and salvage her summer vacation?

Caring For The Environment